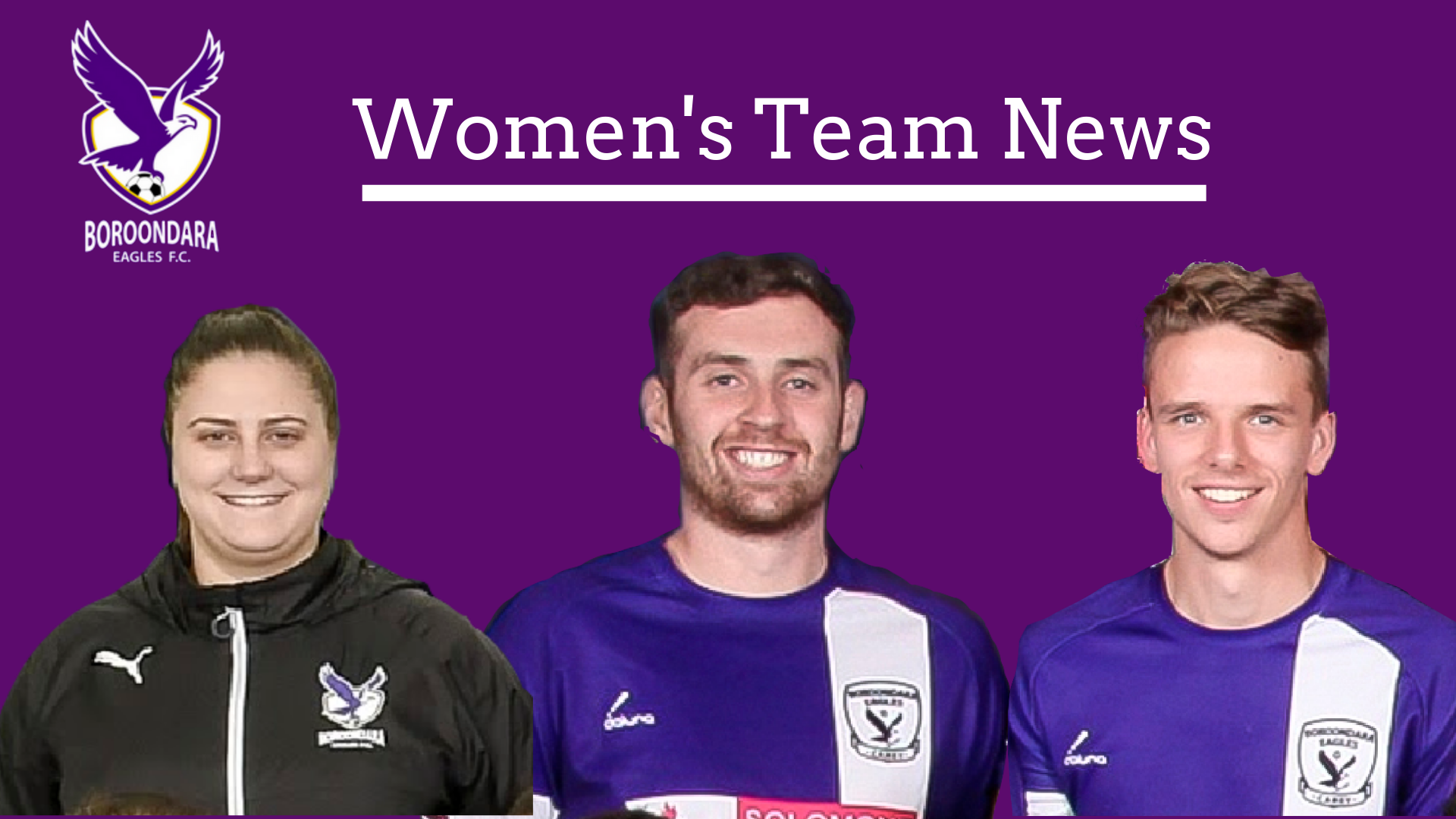 The Boroondara Eagles FC has many exciting developments to announce in relation to the women’s game.
Football Victoria has now confirmed our place in a new state wide competition which will be just one tier below WNPL and above State League 1. (Article here) This is a progressive step for our club and players and takes BEFC closer to the highest league. Promotion into the top league will again open up within two years and this now again provides our juniors a possible pathway to the very highest level in the state.

BEFC will also head into season 2020 with a new Senior Women’s coach.
Dilan Lomas, formerly a Manchester City  u18 Select player, has signed up for season 2020. Dilan brings a wealth of football knowledge and the players will certainly benefit from this.

The BEFC wishes to thank Sean Vah for his time as women’s coach previously and is excited to see Sean not only continue but expand his role working with our juniors.

Finally, Elise Kyrgios will continue in her role as Reserves Women’s Coach which is fantastic news for junior girls coming through as they will get to access a fantastic development coach. Elise was coach of the 2019 Women’s Reserves team that won their league.